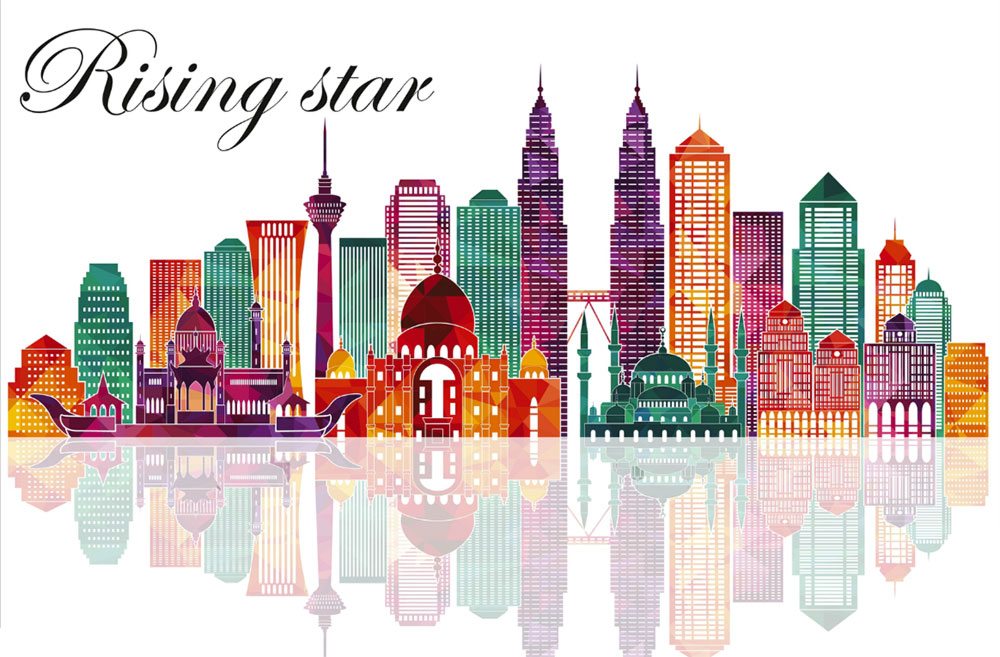 Business Airport International investigates what is driving economic growth in Kuala Lumpur and what it means for business aviation in Malaysia and the wider Southeast Asia region.

With an average annual 7% growth in GDP over the past 25 years, according to figures from Ernst and Young, Malaysia is definitely one country that business leaders should keep a close eye on.

What is remarkable about the GDP growth rate of Malaysia’s economy is that it is one of the only 13 world economies to achieve this feat. The sustained performance has come about largely because Malaysia is China’s leading trading partner. But a change in government attitudes toward business is aiming to ensure the resilience of the Malaysian economy in case China falters.

This change in attitude has seen Malaysia move from 18th place on the 2009 World Competitiveness Scoreboard to 14th in 2015. A World Bank Group report entitled Doing business 2016: Measuring regulatory quality and efficiency published in October 2015 showed that Malaysia has retained its position among the top 20 economies worldwide. It also noted that Malaysia is the easiest of the emerging economies in East Asia to do business with.

In 2015 the Malaysian government aimed for another year of strong GDP growth. Speaking to the Malaysian press in November 2015, Abdul Wahid Omar, Minister of Economic Planning, said, “The Malaysian economy continued to grow at 5.3% in the first half of 2015. The government’s move to diversify its economic structure, reduce dependence on oil and gas, and implement the National Economic Transformation Programme will enable us to achieve our GDP target of between 4.5% and 5.5% for 2015.”

In September 2015 the Brookings Institution listed Kuala Lumpur as the 19th fastest growing city in the world based on GDP per capita and employment rates – the city’s GDP grew by a healthy 4.1% between 2013 and 2014 and employment jumped by 3.4%. Of the 20 cities listed by Brookings, Kuala Lumpur had the eighth largest increase in employment rates and the second highest in Asia behind Macau. The level of growth is expected to increase the population of the greater Kuala Lumpur region to more than 10 million by 2020, up from six million in 2010.

To minimize obstacles for overseas investors, the Malaysian government has streamlined business processes and granted tax incentives in some areas of the economy. The aviation sector has also benefited from these changes as Fusion Tsng, chief operations officer at Sapura Aero, which offers aircraft management, handling and hangarage at Subang and Senai airpots, explains: “The government formed an agency to attract business investment and one of its committees is dedicated to the aviation sector. The committee has been examining issues such as what support the aviation industry needs, training of skilled personnel, investment incentives and tax exemptions.”

Malaysia’s main industries include oil and gas, tourism, palm oil cultivation and refining, manufacturing, and property development. It’s the first two that are causing the country’s economy the most worry, according to Ivan Lim, general manager at ExecuJet Malaysia. “The weakening of Malaysian ringgit (MYR) against the US dollar, a slump in global oil prices, and the recent tragedies involving the national carrier are affecting various industries in Malaysia,” he says. “However, the country is still expected to experience GDP growth and the region is still fundamentally strong.”

This increase in GDP is boosting Malaysia’s business aviation sector, which is experiencing a significant growth rate. The country is the fourth largest buyer of business and corporate jets in the Asia-Pacific region. According to Beechcraft Corporation, the Malaysian fleet grew by 79% from 34 to 61 aircraft between 2002 and 2013. By comparison, the average growth in the Asia-Pacific region was 65% over the same period.

“People are becoming more aware of the benefits that come with business aviation,” says Julie Ambrose, director of aviation for the ASA Group, a Hong Kong-based ground handling company with operations in Kuala Lumpur. “Companies are seeing productivity improvements and high net worth individuals are starting to agree that it is worth paying a little extra for a high level of service.”

Sapura Aero has also noticed a steady increase in business aircraft us. “Everyone has 24 hours in a day, but our customers realize you can do more in those hours with a business jet,” comments Tsng. “Over the last 18 months we’ve seen more people buying smaller aircraft with a three- to four-hour range. Cost is not a high barrier to entry in this class and we are seeing more people using their aircraft for both business and pleasure.

Kuala Lumpur is an easy city to access using business aviation, with three 24/7 airports serving the city – Kuala Lumpur International, Sultan Abdul Aziz Shah Airport (Subang) and Senai Airport Johor Bahru. “The only issue is the haze that can affect visibility, a problem Malaysia shares with other countries nearby such as Singapore and Indonesia,” says ExecuJet’s Lim. “But airspace is generally unrestricted and the ample availability of aircraft parking spaces makes it easy for business jets to fly into and out of Kuala Lumpur.”

Kuala Lumpur is also relatively inexpensive for business aviation operators. Total ground handling costs (including landing fee) for a medium sized jet at the city’s main airporats are around US$2,000, comparable with Singapore. But in Thailand and China costs are much higher. Flying the same jet to Beijing can set you back over US$15,000 in charges.

Unlike other countries in Asia, organizing flight permits is relatively straightforward. “The local authority is very supportive of business aviation, so we can have you in the air in four hours,” says Tsng. “However, if you need to fly to another country in Asia it can take longer to organize the necessary permissions. For example, it takes three working days to get a permit for Indonesia and five days for China.”

There are few proprietary FBOs at Kuala Lumpur’s airports, although Senai and Subang offer business aviation terminals. Ambrose notes that there is a definite airport bias for ASA Group clients: “All our business aviation flights choose to use Subang, mainly because of its proximity to the city center [15 miles] and the VIP services we can offer there. Once an aircraft lands we can guide passengers through customs and immigration, and have them in a private car in less than 10 minutes.

“There is also a higher level of privacy, which our high net worth customers prefer. The only restriction is that Subang cannot handle wide-body aircraft such as B777 or A340,” she adds.

For these larger aircraft there is always Kuala Lumpur International Airport, situated 27 miles outside of the city center. However, it comes with the challenges and restrictions you would find in any major hub. Fortunately companies such as ASA Group are on hand to expedite the process and ensure that passengers and crew can complete arrival and departure procedures as quickly as possible.

One of the big growth areas in the business aviation sector in the city has been in maintenance, repair and overhaul (MRO). This is partly down to the increased number of aircraft based in Malaysia, but the country’s reputation and ease of access means that operators are bringing their aircraft in for maintenance from further afield. “Hong Kong and Singapore airports were popular, but they are too congested now,” comments Tsng, whose company has an MRO operator as a tenant. “Now more are coming to Subang as it offers good service and facilities, and our people are proficient in the various Asian languages.”

A major benefit for MRO operators is that aviation parts can now be imported tax free into Malaysia. The change was implemented as part of government efforts to simulate the local aviation industry.

“The MRO and aircraft management divisions of ExecuJet in Malaysia have experienced a year-on-year growth for the past five years,” says Lim. “We attract aircraft from Hong Kong and China for maintenance, demonstrating that government efforts to promote MRO services in Malaysia are producing positive results. Strong business aviation growth in China has also contributed positively to our operations in Malaysia.”

Although there are some troubles on the horizon, particularly with China going through its own economic upheaval, the outlook for business aviation in Malaysia still looks good. “Malaysia has a great mix of cultures, languages and opportunities,” Ambrose notes. “While it is hard to say exactly what the future will hold for the country, the path that has been established leads me to be certain that there will be many more positives things emerging in the near term.”

This website uses cookies to improve your experience while you navigate through the website. Out of these, the cookies that are categorized as necessary are stored on your browser as they are essential for the working of basic functionalities of the website. We also use third-party cookies that help us analyze and understand how you use this website. These cookies will be stored in your browser only with your consent. You also have the option to opt-out of these cookies. But opting out of some of these cookies may affect your browsing experience.
Necessary Always Enabled
Necessary cookies are absolutely essential for the website to function properly. This category only includes cookies that ensures basic functionalities and security features of the website. These cookies do not store any personal information.
Non-necessary
Any cookies that may not be particularly necessary for the website to function and is used specifically to collect user personal data via analytics, ads, other embedded contents are termed as non-necessary cookies. It is mandatory to procure user consent prior to running these cookies on your website.
SAVE & ACCEPT